Are You In A Hurry? Here's A Quick Summary Of The Dewalt Chainsaw Review.

This Dewalt chainsaw focuses on delivering pristine performance with consistent rev speed. You don't have to shift gears or pull ropes. Just press the starter trigger and the rest will be taken care of automatically. Model DCCS670X1 doesn't need unnecessary adjustments  to the chain. By default, it comes with a snug fit around the base arm. This Dewalt 60V cordless chainsaw offers satisfactory performance to intermediate and entry level users.

Chainsaws are not my forte, but once I transitioned from circular saws to these sick puppers, I realized what I was missing out on. The tooth to tooth shout out is more than enough to get anyone’s adrenaline pumping – i.e. if you happen to be a guy who’s main turn on is power tools. I am talking about robust chainsaws with the ability of chiseling through any range of material without any hassle or whatsoever.

Speaking of power tools, I recently had the distinct pleasure of using the Dewalt DCCS670X1 Flexvolt. It is a 60V chainsaw with a price tag somewhere between $300 - $350. The selling point for Dewalt is the whole Flexvolt technology; it is something that I will explain in details later. From a general point of view, this Dewalt chainsaw is backed up by a raw 60V of sheer cutting power, which is enough to help you go beyond a couple of logs easily.

As mentioned earlier, FlexVolt is the latest technology which enables the power tool to  efficiently consume battery juice. Since Dewalt and a lot of companies are producing cordless machinery these days, the biggest hassle is to conserve electricity and to maximize results at the same time.

FlexVolt is a rare breed in Dewalt circular saws, but chainsaws are an entirely different field. They are bulkier; they require more voltage and the devs thought that it’d be better to introduce FlexVolt in newer product models. Needless to say, FlexVolt works flawlessly by enabling the batteries to switch voltage between low to high, and high to low. 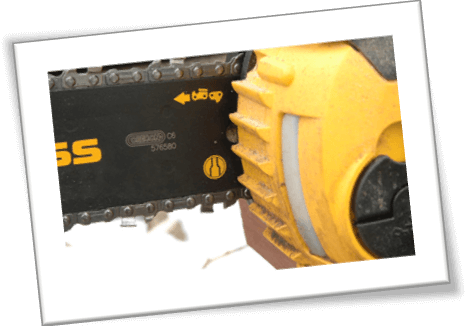 I also find it imperative to state that this specific product is not the best cordless chainsaw out there. Let alone, Dewalt has stacked up 2 other models that are more than enough to give the DCCS670X1 FLEXVOLT 60V a tough time. However, this model is ideal for entry to intermediate level woodworkers. For $300, you are basically signing up for a chainsaw that meets the latest OSHA standards (safety comes first, eh!). Dewalt also embedded a 0.043 inch thick drive link series for maximum cutting performance. 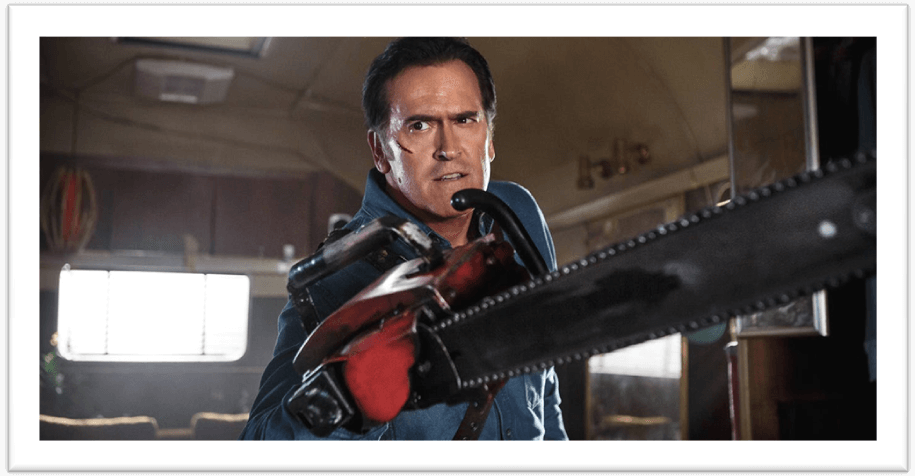 The DCCS670X1 FLEXVOLT 60V chainsaw features a trendy design. It borrows some of its looks from competitor models, but in some sense there is a touch of originality in there. As usual, the chainsaw carries the black and yellow color theme which Dewalt is so famous for. It is more like an iconic touch to empathize with Dewalt loyalists all over the world.

Moving on, you will notice a handy flip-up tab on the oil cap. Do bear in mind that while it is easy to pour oil into the chainsaw housing, there is an unnecessary bit of section of the flip up tab that goes into the cap. As a result, you end up pouring more oil than needed. More is good, right? No, not at all. In case you are familiar with machine oil, engines and motors, you should know that pouring more oil can cause damage to the internal mechanism instead of doing any good.

In addition, there is a tool free bar to “assist” users into loosening the necessary nuts and bolts on the chainsaw. However, you’re going to have to rely on your strength to unscrew stuff for making adjustments to the blade alignment. Some of the other chainsaw models have ‘two studs and a wrench’ (sounds more like a movie title) to help with the disposition of a possible mechanical lockout. DCCS670X1 FlexVolt obviously lacks those perks!

Just like a selected range of Dewalt Circular saws, this chainsaw model comes with a chain brake. It is a safety mechanism that was designed to prevent any possible body injury. This is a delicate and much needed touch that Dewalt was expected to add to all FlexVolt outdoor tools such as the Dewalt DCS331M1 Jigsaw. Other chainsaws don’t have the chain brake for some reason. Maybe it adds to the cost factor, but I hardly see any major companies going for safety add-ons.

Suffice to say, Dewalt cordless chainsaw comes with a spectacular grip. The ergonomics are definitely good because just by gripping the chainsaw, you can feel that Dewalt actually considered how to maximize the product’s performance. 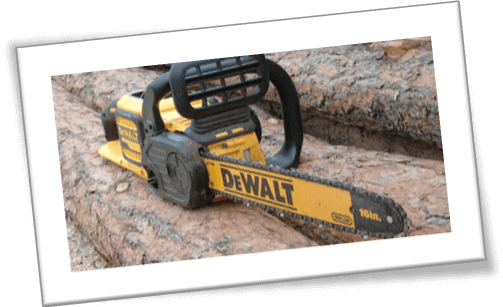 The striking difference is the fact that the front and the back handles on the DCCS670X1 FLEXVOLT 60V chainsaw are wider as compared to conventional models.

As a result, you have more control over the cutting force. Sometimes, the spikes and bucks can cause the chainsaw to bob or sway in an unexpected direction. While this is a safety hazard in some sense, you are also left with a tear out. That's why Dewalt integrated a wider grip design to help meet such dilemmas easily.

On top of a spacious grip, the handles are covered with sweat proof rubber coating. Whether you wear gloves or decide to go bare handed, you’re well cared for.

Side Note on Bucking Vs. Fell Grip:

Felling a tree seems like an easy and manly task, but it is actually something that requires practice. Most of the so-called latest chainsaw models come with substandard buck spikes. Usually they are made of hard plastic, which degrades performance. Dewalt is no exception; they also used plastic buck spikes on the FlexVolt DCCS670X1. However, as long as you are carving your way through thin logs, you have nothing to worry about.

Felling is slightly easy, and may come to you as second nature with this cordless chainsaw. For some reason, the felling grip feels natural when the saw is positioned horizontally. This is a plus one; especially considering that normal chainsaws don’t come with wider/spacious handles. On the plus side, at least you are better off with a chainsaw. I mean, what if it was an axe???

Choosing Between DCCS670X1 FLEXVOLT 60V and the Regular 40V Model?

Dewalt also has a slightly underpowered 40V model for potential budget conscious chainsaw owners. This entire product lineup does not have the FlexVolt technology. It has more speed, but these regular chainsaws are not suited to meet the demands of professionals. They are okay for landscaping design.

I noticed that the FlexVolt 60V series is a better match for property owners who like to cut their own logs/ firewood. In addition, if you are extremely talented, you can carve wood sculptures with just as much convenience. The only difference is how you operate the damn tool, instead of focusing too much on other nitty gritties.

The following is included with the Dewalt DCCS670X1 Chainsaw:

Chainsaws are no joke; you can’t leave them around unattended. Especially, if you have a small army of  kids to look after, always make sure that the batteries are removed, and the chainsaw is stored somewhere safe. If that’s not possible, then at least spend a couple of bucks on a good quality protective chainsaw sleeve.

In addition, you will also need pants, gloves, goggles – because sawdust can seriously damage your eyes, and a forest helmet to pull off the modern wood worker look. If it is any consolation, you don't have to buy steel toe boots because I don't expect you to be climbing any trees with a cordless battery powered chainsaw hanging by your side. 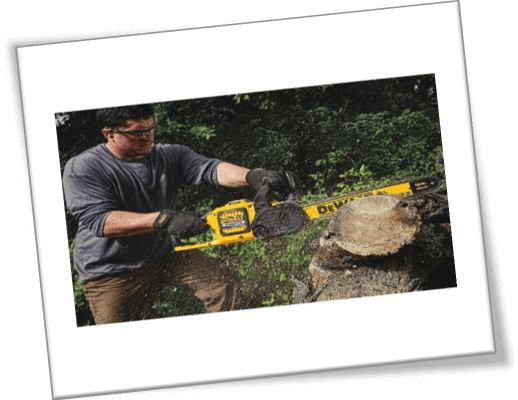 The DCCS670X1 FLEXVOLT 60V cordless chainsaw offers satisfactory performance to intermediate and entry level users. While the lack of some features leave a lot to be desired for, the chainsaw has an overall solid profile. All thanks to the flip up tab on the oil cap, an extra wide grip, and motorized mechanism, you can relentlessly cut through a long range of wood types.

Beware! This Dewalt chainsaw does have a serious issue with dismantling chips and sawdust. I noticed that the blade clogged after every hour or so, and the saw had to be thwacked a little to unload the deposits on the ground. Rest assured, it is a fine product with a long term shelf life. You certainly will not regret buying it.