Are You In A Hurry? Here's A Quick Summary Of The SKIL Jigsaw Review.

This SKIL jigsaw comes with a powerful 6 Amp motor with a very stable 3,200 SPM. Model 4495-02 has a 4 speed orbital action system which helps to keep precision on the high side and a laser guide LED for improved accuracy. This jigsaw comes with a strong foot and padded grip which result in minimized hand impact vibrations. As a result, the cuts are precise and jitter free.

To start off, it is one of the cheapest jigsaws that SKIL has produced to date. I thought the Porter Cable PCE345 was attending to a selected community of woodworkers out there, but SKIL and Bosch JS470E both took a different approach this time.

Today, I have a SKIL 4495-02 Orbital Laser Jigsaw. It has an inexpensive ticket price. Pricing ranges a bit and yours could be a little cheaper or more expensive, depending on where you buy the Skil jigsaw from. If you are buying from Amazon, the jigsaws listed at their website have a stable price. It doesn’t fluctuate much. eBay, is a different story, since everyone’s selling everything at their desired rate.

Anyhow, coming back to the SKIL 4495-02 Orbital Laser Jigsaw, it has certain advantages over rival power tools in the market. I will not say that this is the best product to date, but it has potential. Even if it breaks down or malfunctions at any point in your natural born woodworking career, don’t fuss over it. For 50 bucks, you are looking at a disposable jigsaw, which can help to hone your skills in the long run.

Versatility at Its Finest:

Okay, I’ll be honest; it is not that versatile but there are some useful perks. For  instance, the SKIL 4495-02 jigsaw has a laser projection system. You know the usual high intensity LED light to help users maintain the cutting direction on the work piece.

Then comes the orbital action system, which is a standard in the latest jigsaw models. However, for some reason, quite a lot of companies do not install the orbital action mechanism. I don’t see any reason as to why they shouldn’t install this useful feature, because in worst case scenario, the blade oscillation works in favor of cooling things down. 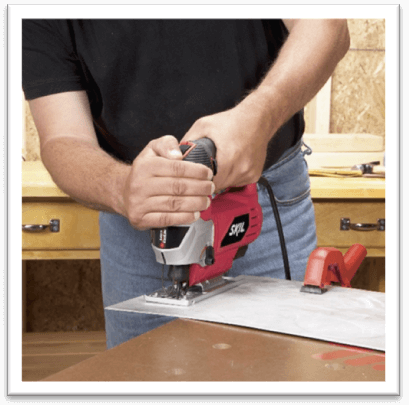 SKIL 4495-02 model takes the lead over contender power tools by offering a combination of versatility and durability. It’s the best way of summing up how this SKIL jigsaw will serve you over the course of the next 8 – 9 months. Since it is a relatively cheap product, don’t expect a year’s worth out of it. It will work as advertised, but it will not over deliver as compared to expensive jigsaws higher up the league such as a Dewalt DCS331M1 jigsaw.

Looks wise, SKIL 4495-02 corded jigsaw comes with great build and visual quality. You get your usual black + red color combo with a killer official SKIL logo plastered over. The jigsaw appears to be made of high quality material. Most of the body is plastic, but it’s a relief to know that the key parts don’t creak or let off a suspicious sound.

As you go past a couple of cuts, you will notice that SKIL worked its ass off on stabilizing the blade SPM. The company used an in built SPM stabilizer, which in my opinion, outputs 3,200 strokes per minute. On the average, it stays at 3,000 – and sometimes it goes down to 800, but the blade remains pretty much static over prolonged use. 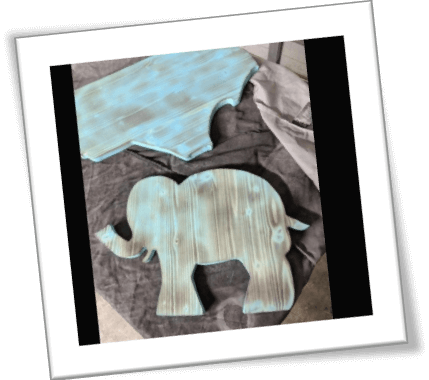 SKIL 4495-02 corded jigsaw has a low vibration build. While using it, most of the vibrations are cushioned by the rubberized grip. You are still required to keep a firm hold over the grip and your “free” hand over the top front side of the jigsaw. This gesture helps to overcome any jitters that are natural for new or entry level woodworkers.

I was surprised at the precision factor because I randomly tried a low quality wood slab at my workshop.  I was aiming for a Batman logo cutout and SKIL 4495-02 orbital jigsaw came through with remarkable results.

The precision was on point, and my freehand movement was very fluid. They also installed a speed trigger lock system, which assists in keeping the blade velocity in check.

I didn’t have to use guided laser on freestyle cuts, but it does help whenever it is needed. Some people reportedly had better results. I guess that years of experience combined with a substandard jigsaw can produce relatively impressive outcome. Not that I am calling SKil’s model 4495-02 a low standard power tool, but you should go through the amount of complaints that most people come up with.

For a cheap jigsaw, SKIL does not fail to impress. First of all, I was surprised that the packaging had two blades in it. One blade was small, and the other one was slightly bigger. Skil wanted to reach out to

The Blade Is Worth Checking Out:

For a cheap jigsaw, SKIL does not fail to impress. First of all, I was surprised that the packaging had two blades in it. One blade was small, and the other one was slightly bigger. Skil wanted to reach out to woodworkers on so many different levels; especially those who are aiming for deeper cut around dense material. 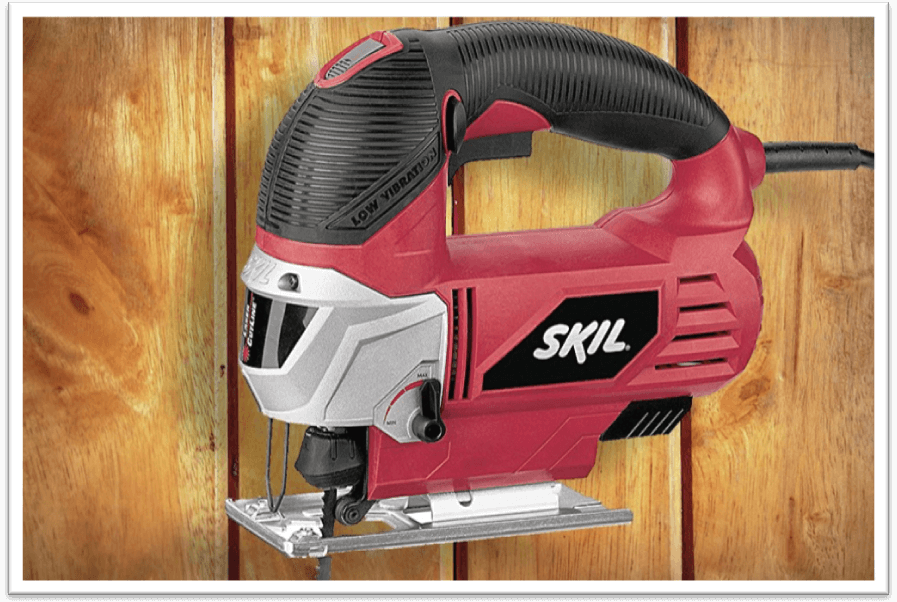 Both blades have a remarkable finishing, they stay firmly intact when installed in the housing assembly of this SKIL 4495-02 corded jigsaw. The custom molded area where the blade is supposed to sit is designed in such a way that it doesn’t damage the work piece. As a result, the jigsaw will only give you nice smooth cuts and nothing else.

In case, the blade is leaving burn marks inside the piece, or the edges are jagged, you can always file for a warranty claim. SKIL 4495-02 orbital laser jigsaw comes with a full one-year home use warranty. It will cover all kinds of issues in case you bump into them later down your career.

The laser is more of a fad in jigsaws and other high intensity cutting power tools these days. The SKIL 4495-02 model is no exception; you get your standard laser LED which projects a straight line on the work piece. As a result, you are able to keep track of the direction of jigsaw and make amends as soon as they are needed.

In my opinion, these lasers are just an extra layer of features to sweeten the user experience. Long time ago, jig saws, cabinet saws, table saws and a whole lot of other power tools didn’t have the laser guide commodity. They used to mark around the cutout area with a simple carpenter pencil. Just go to your local vendor and buy a handful of pencils; you don’t need “laser smazers” anyway.

The precision mostly comes through stable blade SPM and a reinforced foot. SKIL invested the money into manufacturing the core areas of the jigsaw, which matters a lot. This is the thing that I really about this company, and Bosch too – i.e. they know that an entry level wood worker cannot afford to spend a lot of money. Therefore, the company wants to make each n’ every dime worth the price tag of the jigsaw.

Yes, unlike other static jigsaws, SKIL 4495-02 orbital jigsaw can be used for bevel cuts – and that too in a matter of seconds. Model 4495-02 is renowned for infamous 22.5 Degree bevel cuts, and the standard 45 Degree bevels. The jigsaw leans in both directions, so if you are looking for a workpiece with opposing direction bevel cuts, this jigsaw will do the hard work for you.

My experience with this SKIL 4495-02 jigsaw has been very satisfactory. I was able to bend, swerve and cut through a long range of work pieces, which is unlikely for a cheap power tool. If you are an entry level DIYer, an aspiring woodworker with intermediate level skills, this SKIL jigsaw is definitely for you and if still not sure just check out our jigsaw buying guide to help you decide.